Tecnotree as an investment

Tecnotree as an investment

Tasks and duties of the Board

The tasks and responsibilities of Tecnotree’s Board of Directors are defined in the Finnish Companies Act and in other applicable legislation, according to which the Board of Directors is responsible for the appropriate organisation of business operations and corporate administration. The Board also ensures that the company’s accounting and financial administration is supervised appropriately. Furthermore, the Board is responsible for promoting the interests of the company and all its shareholders by pursuing a business policy that in the long-term ensures the best possible return on capital invested in the company.
The members of Tecnotree’s Board have no special duties related to being a member of the Board other than those designated by law.

Tecnotree's Board of Directors regularly assesses its activities and working procedures to ensure the Board functions effectively and to high standards. The assessment is in the form of an internal self-evaluation once a year.

To support its work, Tecnotree’s Board of Directors has a confirmed charter that defines the Board’s duties and work methods, as well as meeting and decision-making procedures.

Tecnotree Charter of the Board of Directors (PDF)

The Board of Directors shall work so as to promote the interests of the company and the shareholders. A meeting of the Board of Directors constitutes a quorum if more than half of its members are present. Matters are decided by a simple majority vote. In the event of a tied vote, the Chairman has the casting vote. A Board member is ineligible to participate in decisions on matters between the Board member and the company.

The Chairman of the Board is responsible for calling Board meetings and for running the meetings. The CEO, Chairman of the Board or other person designated by the CEO presents matters for consideration at Board meetings. As is stated in the Board’s Rules of Procedure, the CEO is responsible for ensuring that the Board receives sufficient information about the company’s business operations and financial situation to make decisions. At its meetings the Board regularly considers reports on the Group’s financial performance and operations presented by the CEO. 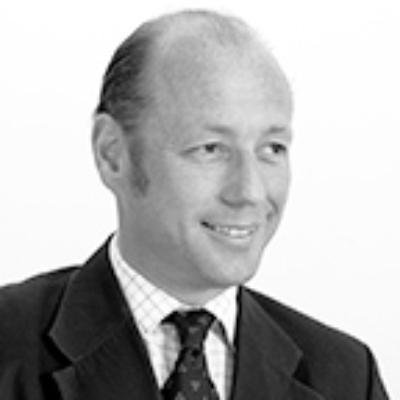 Executive Chairman of the Board, 15.5.2019-
Member of the Board, 24.9.2018-
Main occupation: Director at the Solargise group
Education: HND, Engineering Systems (Napier University), Diploma in Agriculture and Farm
Business (Royal Agricultural College) and M.Sc. Property Development and Planning Law (Southbank
University)

Neal Macleod is the Chairman of the Board of Directors at Tecnotree Corporation. Also, he is the Director at the Solargise group and Phoenix Macleod from last 12 years. For holding more than 20 years of experience, Neil has delivered outstanding outcomes in emerging markets by strategically forming alliances throughout the world. Previously, He worked at Solargise as the head of Operations for 10 years. He was a Consultant at Savills for 9 years, and Consultant at Rembrandt Consultants. He was the Senior Buyer at Charles Henshaw and Sons Ltd at the beginning of his career.

Neil MacLeod graduated from Southbank University where he did PG Diploma in Property development & Planning. Also, he has done Diploma of Agriculture and Diploma Engineering in Engineering systems in Business Management from Edinburgh Napier University. 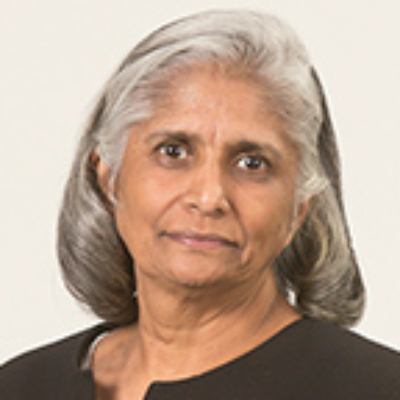 Vice Chairman of the Board, 15.5.2019-
Member of the Board, 24.9.2018-
Main occupation: Senior Managing Partner at Digalance Digital Consultants Limited
Education: B.Com., B.A. and BA honours (psychology), University of South Africa

Jyoti Desai is a graduate of the University of South Africa. Currently she is working as the CEO of Digalance FZCO and as Vice Chairman of the Board of Tecnotree Corporation. She has also worked with MTN as Group Chief Operating Officer. She is an experienced Professional with more than 35 years of experience in the financial services industry and fixed and mobile telecoms. She has extensive experience in large scale project execution, Service Delivery, 3G, LTE, Mobile Communications, and Universal Mobile Telecommunications System (UMTS). She has held various board positions also. 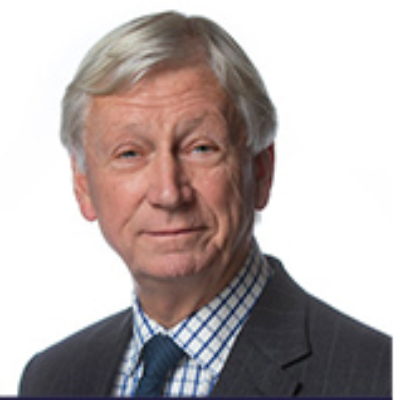 Conrad Neil Phoenix is a Member of Directors in Tecnotree Corporation since 2018. Also, Neil is the director of Harvy Rix Investment Company Limited. He is a chartered surveyor and set up his own practice, specialising in commercial property in London in 1969. His practice is specialised in all aspects of industrial property and his clients included Barclays Bank Pension Fund, The 3i Group, and many other institutions. He holds an experience of 40 years. Throughout his career graph, He was an Entrepreneur in commercial property from 1969-1983. Then he became a Commercial Property Developer. 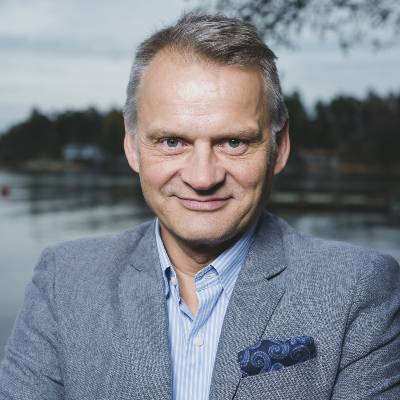 Member of the Board, 10.9.2020-
Main Duty: Professor of Futures Studies at the Turku School of Economics
Education: Doctor of Political Sciences at the University of Helsinki, Futurist, Author & Speaker

Prof. Markku Wilenius is a renowned futurist, author and speaker with more than 25 years of experience in future studies. Currently, he is the Dean of Dubai Future Academy, a unit in Dubai Future Foundation. He also holds the chair of Professor of Future Studies at the University of Turku. Dr Wilenius is a long-time member of the prestigious Club of Rome and is the UNESCO Chair in Learning Society and Futures of Education. In 2002, he led the Finnish civic delegation at the landmark Johannesburg Sustainable Development Summit. Dr Wilenius has also worked with one of the worlds’ largest private insurance company Allianz, where he led their strategic research and trend assessment. He is the president of three foundations and a partner with various start-up companies. His primary interest area involves understanding the opportunities and challenges that could arise in the future and bringing this crucial foresight to the attention of society and organisations globally. 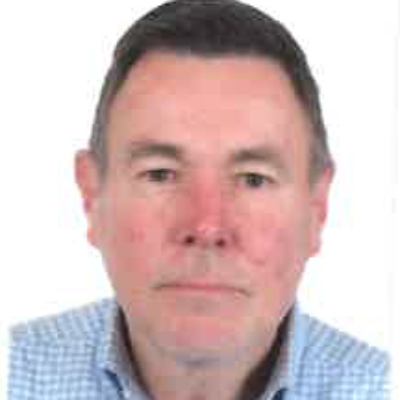 He is a Member of the board of Tecnotree Corporation From 2019. He has been working in different industries since 1984. Anders started his career as a Software Engineer in LM Ericsson AB. Then he became an Engineering Manager in Oerlikon-Contraves AG. Later, he joined Hewlett Packard AG as a Senior Consultant and Project Manager. He became Vice President of IT at Bank Sarasin & Cie. He joined Esmertec AG as a Director QA&T, Software Culture GmbH as a Partner, Greenliff AG as a Managing Director and Profidata Lab AG as a CEO. From 2009 onwards, he is the head of System Engineering at Rheinmetall Air Defence AG.

Anders has done M.Sc. in Management of Technology from MIT Sloan School of Management, Cambridge, USA. He also holds a degree of Master of Science in Computer Science and Technology and System Engineer.

As is stated in the Rules of Procedure for the Board, committees may be set up to assist in preparing matters for which the Board is responsible. The Board chooses the committee chairman and members from its members. The Board members on these committees can study the issues considered by the committee at greater depth than the entire Board. The committees report on their activities to the whole Board and have no decision-making authority of their own. The Board may form temporary committees to carry out a specific task.

The Board has five committees to assist in its duties pursuant to the respective committee charters.

The objective of the Audit Committee is to supervise the financial reporting executed by the Management, monitor the financial statement and interim reporting process and to discharge such mandatory auditing duties as prescribed under applicable law. The Board of Directors of Tecnotree Corporation shall appoint from amongst its directors the Chairman and the members of the Committee. The Committee shall comprise of a minimum of three (3) members. In 2021, the Board of Directors elected from among its members Jyoti Desai and Conrad Neil Phoenix as members and Neil Macleod as Chair of the Audit Committee.

The role of the Committee is as follows:

The role of the Remuneration Committee is as follows:

The objective of the Committee is to ensure the efficient preparation of matters pertaining to the appointment of the board of directors (“Board”) of the Company and to promote the transparency and the systematic functioning of the election process, and to discharge such mandatory duties as prescribed under applicable law. The Board of Directors of Tecnotree Corporation shall appoint from amongst its directors the Chairman and the members of the Committee. The Committee shall comprise of a minimum of three (3) members. In 2021, the Board of Directors elected from among its members Jyoti Desai and Neil Macleod as members and Conrad Neil Phoenix as Chair of the Committee.

The role of the Nomination Committee is as follows

The main duties of the Strategy Committee are as follows:

The duties of the Investment Committee are as follows: